We can’t go to spain just yet…

Because the roofer turned up on time on 3rd January and took the barn roof off.

I was worried that snow would stop the work but apparently only rain does that. They worked pretty tirelessly through frost and wind taking the slates off, replacing all the wood beneath and putting tiles-that-look-like-slates back.   Slates are more complicated and that means more expensive in case you were wondering!  Removing the slates cast a whole new light on the inside of the barn – especially the interesting colour scheme we had never noticed on the inside of the doors. 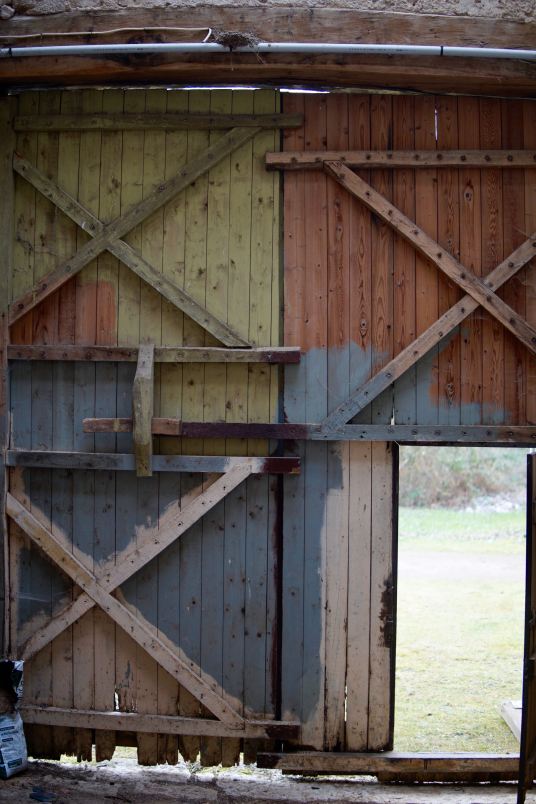 And now for something completely different…

What follows is a brief summary of January 2017 until I catch up with the present (5 June) and come back to finish it off!  Sorry:-(

It got a lot colder while the roofers worked – the frost was spectacular.  We bundled up and went for walks in the fields. 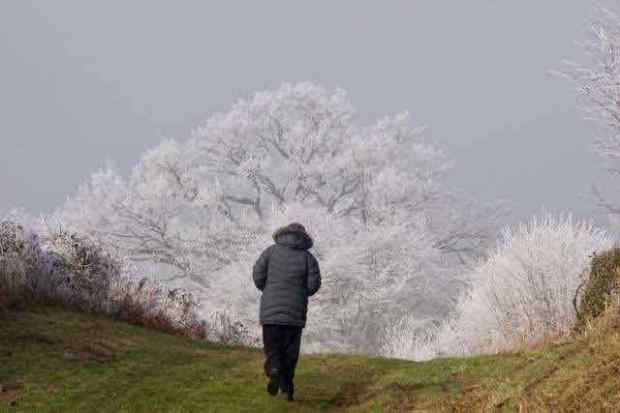 and the views were spectacular..

Finally we set off for Spain – we took the long way round to avoid the route over the Massif Central because -12 was forecast.  As it happens we still got -10 degrees and the pipes froze overnight as we headed for Carcassone via Limoges.  We used a lot of gas!

The temperature rose on reaching Roses – no doubt a lively beach resort in summer in Spain. We are in a sophisticated paid aire-come-campsite-come-parking lot (automatic doors to the facilities no less!).  But it rained.  We were on hook up so could relax about the gas situation.  We did not have a spanish bottle – something to tackle another day.

A similar site at another deserted beach resort.  Not sure I would want to be here in high season actually. We wove south hoping for greater warmth – stopping at more car-park type aires.  It’s certainly different from the set up in France.

And then we found Los Pinos – an old fashioned campsite with a palmy path to the sea.

A small bar where everyone gathered at six for a drink. Very convivial.