Not sure why my blogging ground to a halt back in June 2017 but, once halted, it is hard to get going again. So here we are in January 2018: house sitters are in place enjoying the snow in York and we are idling in the Portuguese countryside in full sun and 16 degrees. I want to start going again but feel obliged to fill in the missing parts.  What follows on this page, and maybe the next, is a lightning summary of the intervening six or so months. I did not bring my Mac on this trip so these pages are produced from my iPad. The editing functions seem to be more limited on here so apologies for differences. Also – the wifi connection seems able to cope with only short blogs – so lots of short ones follow.

Our drive from our campsite one side of the town of Delphi to the archaeological site on the other entailed a nail biting, heart stopping detour via winding streets that became so narrow we had to stop and reverse to avoid wedging our ungainly six metres between ancient stone buildings.  The main road, once regained, took us straight to ancient Delphi – centre of the world – and this stone omphalos marks the spot. It was thrown

there by Zeus after two eagles had indicated the approximate spot. There seem to be several such omphalosses in existence so there is a chance that this story is not true.  It was also the home of the amazingly powerful Oracle of Delphi whose seat over the gaseous vent is now nothing but an unprepossessing pile of rocks.  Earthquakes have taken their toll here as in other Greek sites. The whole site is truly magnificent, containing the remarkable amphitheatre (still used)

the temple and sanctuary of Apollo

and attendant treasuries from the kings of all regions. 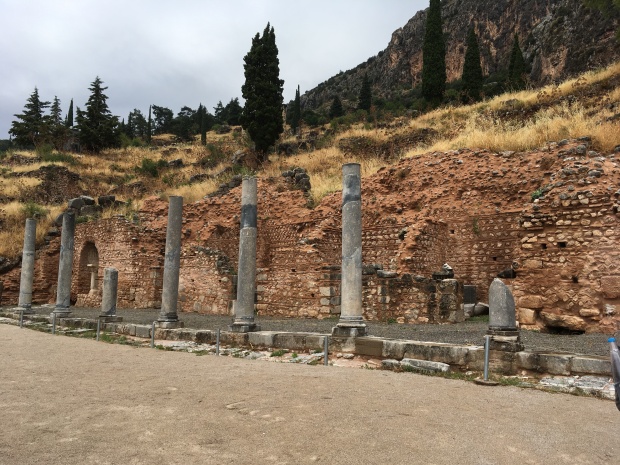 The treasures from the site are in yet another not-to-be-missed museum. The entry ticket to the site includes the museum up the road (12 euros for oldsters from memory). 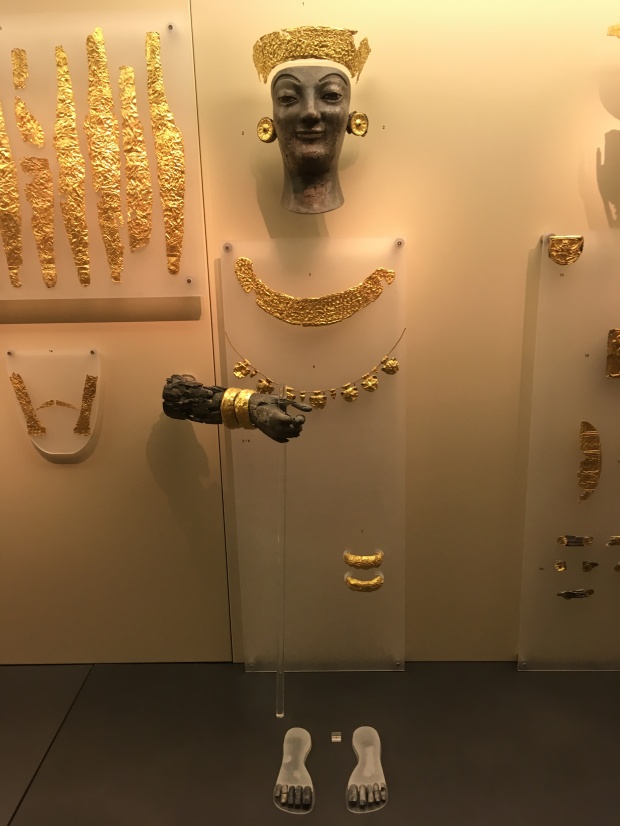 Now back to Patras for the ferry to Italy.